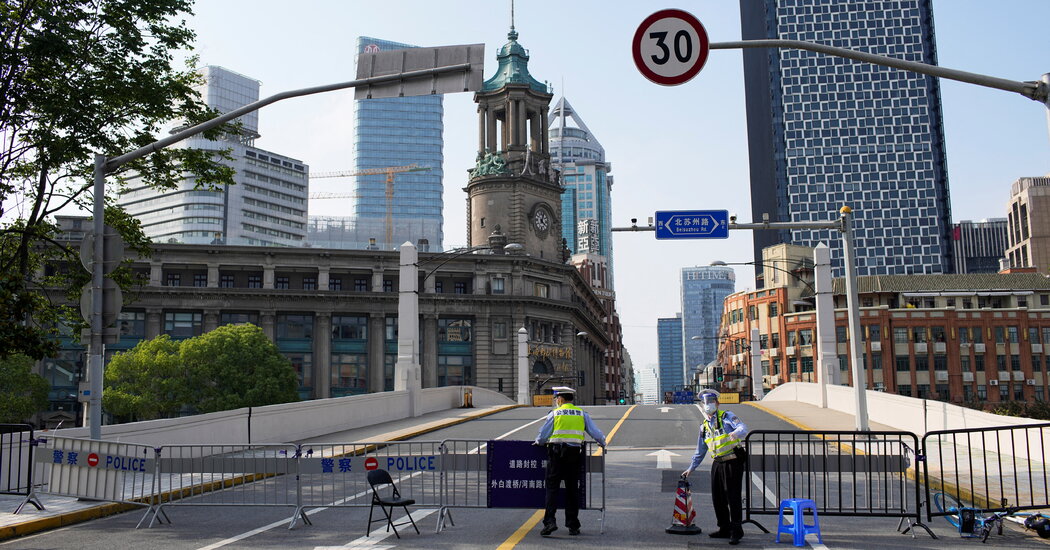 Since the Omicron variant of the coronavirus arrived in China, the government has maintained harsh lockdowns, mass testing and border restrictions, arguing that such measures are needed to protect the population. Now, a senior leader in Beijing is flagging urgent concerns about the impact the policy is having on the country’s economy, which is the second largest in the world.

China’s “zero Covid” policies have triggered an economic slowdown that is in some ways worse than the one in early 2020 during the initial outbreak of Covid-19 in Wuhan, the country’s No. 2 leader said on Wednesday as concerns grew over the impact of lockdowns.

During a teleconference with more than 100,000 officials across China, the country’s premier, Li Keqiang, announced efforts to bolster growth and urged local leaders do more on top of that to keep the economy running, according to a summary from the state-run Xinhua news agency.

The country is at a critical point for setting its economic trend for the year, Mr. Li said, according to the Communist Party-run People’s Daily. “We must seize the time window and strive to bring the economy back to the normal track,” he said.

A two-month lockdown in Shanghai, China’s commercial capital, and sporadic lockdowns elsewhere have hampered assembly lines, trapped workers, snarled logistics and confined millions of consumers to their homes. In the first three months of the year, China’s gross domestic product grew at 4.8 percent, below the official annual target of 5.5 percent. Since many of the harshest Covid containment measures have been imposed in the second quarter, analysts have expressed skepticism that the country can hit its growth targets.

Last week, while seeking to reassure foreign executives, Mr. Li said China needed to find a balance between its “zero Covid” policy and promoting economic growth, according to groups who attended. Representatives from the Japanese, American and European chambers of commerce sat in Beijing with Mr. Li, while others joined by video. Foreign executives have told industry groups that they are cutting investment and downgrading revenue forecasts because of China’s lockdowns.

Mr. Li spoke with unusual frankness about the state of China’s economy and the importance of vaccinating the older people to allow for some future loosening of policy, said Jörg Wuttke, the president of the European Union Chamber of Commerce in China, who attended.

China’s top leader, Xi Jinping, has recently called on officials to double down on the “zero Covid” strategy. Mr. Li did not mention him at the meeting, fueling speculation that there was a conflict emerging between the two over the country’s pandemic policy.

“I don’t see any factions at the top,” Mr. Wuttke said, adding, “I can imagine that those in charge of the economy are clearly worried and want to have a different policy.”