Tropical Storm Henri was on course to make landfall on the United States East Coast on Sunday, with millions in New England and New York’s Long Island preparing for flash floods, violent winds and power outages.

The US National Hurricane Center (NHC) said in its 7am (12:00 GMT) advisory that Henri was 80km (50 miles) southeast of Montauk Point in New York state.

Forecasters downgraded Henri from a hurricane but warned of heavy rainfall and the risk of surging seas as the storm churned in the Atlantic, packing maximum sustained winds of 113kmph (70 miles per hour).

As the surface layer of oceans warms due to climate change, cyclones are becoming more powerful and carry more water, posing an increasing threat to the world’s coastal communities, scientists say. Storm surges amplified by rising seas can be especially devastating.

A swath of the northeastern coastline, including New York City, was under alert as the storm approached. If Henri is upgraded again then it would be the first hurricane to hit New England in 30 years.

The National Weather Service said 49mm (1.94 inches) of rain fell in the park between 10pm and 11pm on Saturday, the wettest hour on record in New York City.

The rain forced New York City to halt a star-studded Central Park concert billed as a “homecoming” for a metropolis hard hit by the pandemic.

In the park, an announcer cut off pop legend Barry Manilow mid-song to urge revellers to proceed swiftly but calmly to the nearest exit.

The approaching then-hurricane had prompted New York Governor Andrew Cuomo to announce a state of emergency and the deployment of 500 National Guard soldiers in anticipation of response efforts.

“It’s as serious as a heart attack,” he warned. 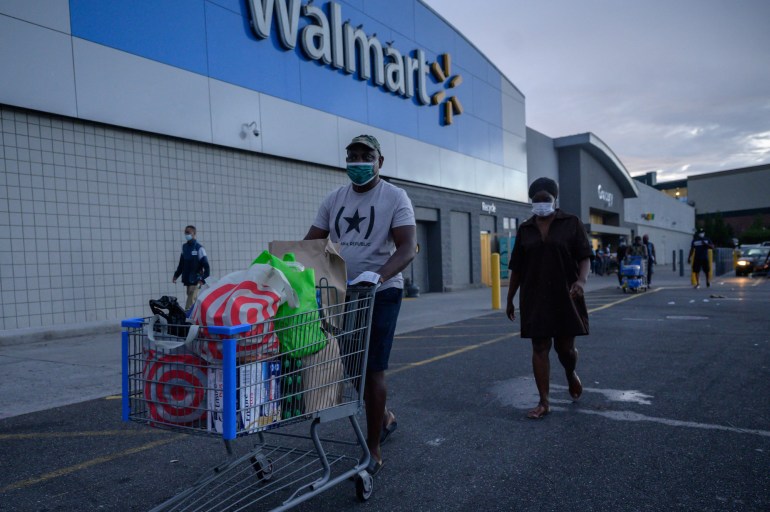 He said the storm was expected to make landfall on Long Island, home to the plush Hamptons villages where wealthy New Yorkers retreat in summer, around noon (16:00 GMT) on Sunday.

“It will be about a 26-hour event,” Cuomo added, telling New Yorkers to expect “significant power outages” and “significant flooding” in some suburbs of the Big Apple.

The NHC warned of “a dangerous storm surge, hurricane conditions and flooding” in areas of southern New England and Long Island.

The heavy rainfall “may result in considerable flash, urban, and small stream flooding” as well as river flooding, it added, saying storm surges of 1.5 metres (5 feet) were possible in coastal areas.

Strong winds were expected to knock out electricity for hundreds of thousands of people across the region and delay countless flights.

“We have one lane of travel leaving the Hamptons so it’s a little difficult to order evacuations,” Larsen told The Associated Press news agency. “So most people will shelter in place and, God willing, everyone will come through this OK.” 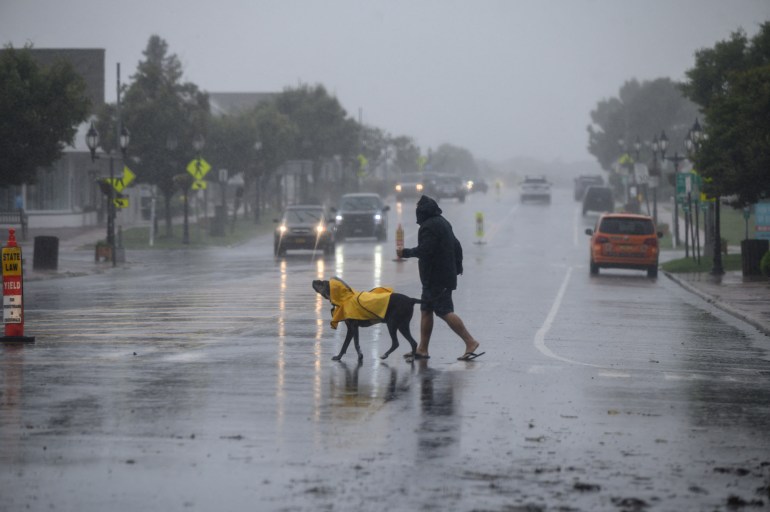 In preparation for the storm, officials in Providence, Rhode Island, and New Bedford, Massachusetts, closed giant hurricane barriers that were built in the 1960s, after devastating storms in 1938 and 1954.

“The last hurricane to make landfall onto New England was Hurricane Bob in 1991,” Dennis Feltgen, an NHC spokesman, told AFP. That storm killed at least 17 people.

It has been almost 10 years since such severe weather threatened the region.

“The last time we had hurricane watches issued for the area was for Hurricane Irene, back in late August of 2011,” tweeted the National Weather Service in New York City.

The last hurricane to make landfall in Long Island was Gloria in 1985.

The warnings have reignited memories of Hurricane Sandy, a more powerful storm that knocked out power for much of Manhattan and flooded subways in 2012.

The US PGA Tour postponed the final round of the Northern Trust tournament in suburban New York to Monday because of Henri.

Major airports in the region remained open as the storm approached, though hundreds of flights were cancelled on Sunday. Service on some branches of New York City’s commuter rail system was suspended through Sunday, as was Amtrak service between New York and Boston.