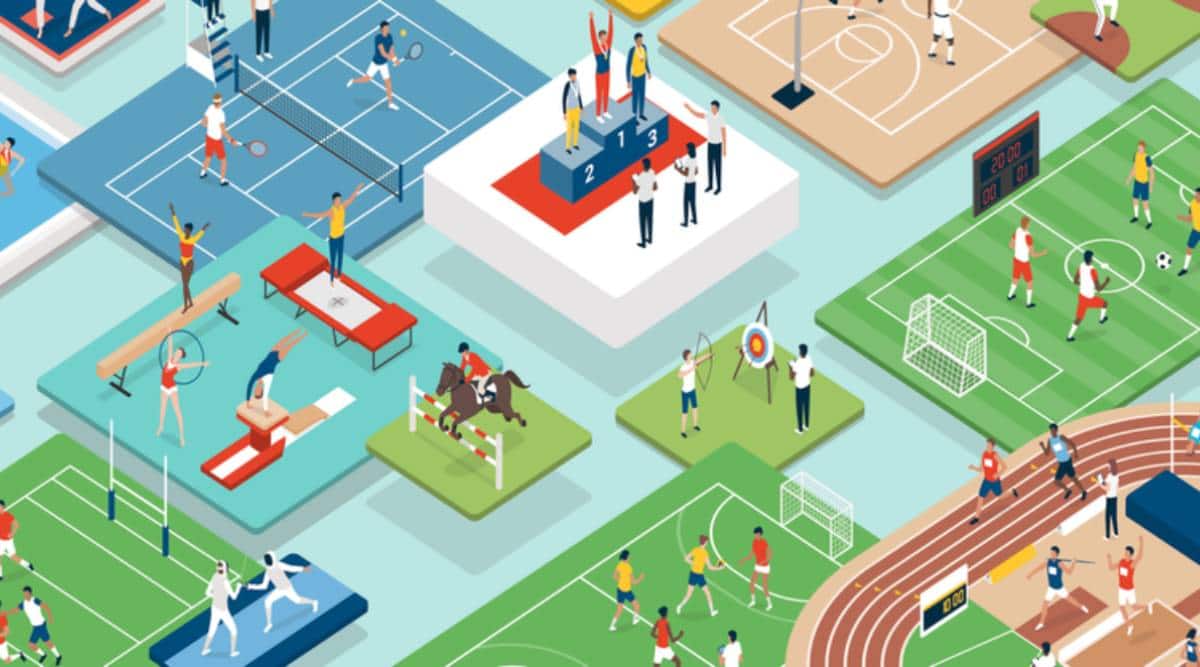 Google has also made a new Google Doodle, its largest interactive Doodle yet, celebrating the games. (Image Source: Google)

Tokyo Olympics 2020: The Tokyo Olympics kick off today and Google has shared a new blog post highlighting features that will help users enjoy the Olympics from the safety and comfort of their own homes. Here are six ways Google will help out followers of the 2020 Olympic games.

Searching for anything around the Olympics will show you the latest information around your favourite events, sports and players and also country rankings. Even if you can’t catch the games live, users can watch a daily recap video or check out the any other major news related to the Olympics.

Google has also launched a new Doodle ahead of the games, its largest interactive Doodle yet. The new ‘Champion Island Games’ Doodle was created in collaboration with Japanese animation studio 4°C. It allows users to enter the tournament and select a team, following which they can compete across multiple retro 16-bit sports like skateboarding, rugby and climbing and try to beat the reigning champions. There are multiple side-quests too.

Starting today, live events as well as clips and highlights from official Olympic broadcasters, including Marca Claro and Eurosport will be available to watch on the respective YouTube channels.

“Earlier this month, we added Olympic-related content on YouTube with new YouTube Originals series ‘Strive,’ ‘How To Olympics,’ ‘Break the Record’ and a feature-length documentary ‘World Debut’ ahead of opening ceremonies,” Google said in a post.

Google TV users can head to the ‘For You’ tab and open the Olympics page to find apps from official broadcasters and tune into live streams and missed events, or be inspired by popular sports movies, sports shows and videos on Japan and more.

Google Assistant will be able to answer questions around the competitions through the tournament. Users will be able to ask Assistant questions like “Hey Google, who won women’s basketball in the Olympics?” or “Hey Google, how many medals does France have in the Olympics?”. Users can also ask the voice assistant for fun facts around the tournament. These features will work from any Assistant-enabled device, including your phone, speaker and TV.

Find apps around the Olympics on the Play Store

The Google Play Store will also feature a number of apps around the Olympics including the official Olympics app and other apps related to broadcasters, news organisations, social media, sports and games, plus fitness.

Google will be bringing Japan to those enjoying the Olympic Games from home. Users can now enjoy Google Street View in Maps and check out the streets of Tokyo, the snow-capped mountains and cave formations. Google Arts and Culture will also allow users to check out Japan’s traditional crafts and mouth-watering food. Google Translate will also help you learn Japanese if you desire.

With Product You Purchase

Your Wednesday Briefing: Sri Lanka, Out of Fuel

Al Horford, Marcus Smart ruled out by Celtics for Game 1 of Eastern Conference Finals
4 hours ago

Your Wednesday Briefing: Sri Lanka, Out of Fuel
4 hours ago

Your Wednesday Briefing: Sri Lanka, Out of Fuel

A Guide to 'Yellowstone' and Its Many Spinoffs
5 hours ago

A Guide to 'Yellowstone' and Its Many Spinoffs